Four is the fourth studio album by One Direction. The album was also One Direction's last with member Zayn Malik, and was released worldwide on November 17, 2014.

On April 27, 2014, it was confirmed that One Direction were working on their fourth studio album. Louis Tomlinson and Liam Payne worked on the majority of the album with songwriters Julian Bunetta, John Ryan, and Jamie Scott, but members Harry Styles and Zayn Malik also co-wrote tracks with Bunetta, Ryan, Scott and producer Johan Carlson. Niall Horan was unable to be involved in writing due to a leg injury. Malik has described the album as a way of growing with their fans, and having more mature lyrics without straying from their style too much. The album provides a place for each member to showcase their styles of writing, particularly Styles, whose four tracks on the album perfectly sum up the songwriting skills he has.

The name and cover of the album were announced on 8 September on One Direction's official website, along with a free download of a song called "Fireproof", which was available for 24 hours. Horan stated that the reason for the free download was "because you have supported us so much, we wanted to give a little something back". "Fireproof" was written by Payne and Tomlinson along with John Ryan, Jamie Scott and Julian Bunetta, who also wrote their single "Story of My Life". In the 24-hour span, 1.1 million downloads were generated. The song was put on the band's Vevo on 22 September. In an interview with Simon Cowell, it was revealed that one of the songs for the album will be titled "18". The song was written by Ed Sheeran, who also wrote "Little Things" and "Moments" for the group. Horan came up with the name of the album, commemorating the fact that it is the band's fourth album and that it has been four years since their formation. [1] 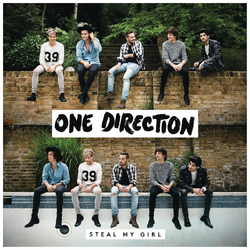 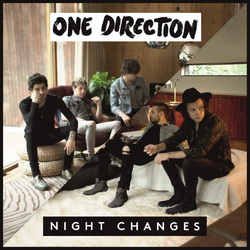 Released on November 12, 2014, the album quickly rose to the top of the UK Albums Chart, with 142,000 copies sold during its first week. The album scored One Direction their third consecutive number one album. Based on UK sales, it was certified Gold by the BPI in its first week, and certified Platinum in its fourth week.

The deluxe edition of Four became the top charted album on iTunes in some 67 countries. In the US, the album debuted at No. 1 on the Billboard 200 chart on the week ending November 23, 2014, with sales of 387,000. One Direction thus became the first musical group to have each of their first four studio albums debut at No. 1; the Monkees and the Kingston Trio also reached No. 1 with their first four albums but not in the first week of sales. One Direction follows three solo artists who have attained No. 1 status with their first four albums: Britney Spears and DMX in 2003, and Beyoncé in 2011. (In 2013, Beyoncé's fifth album also debuted at No. 1.) Four sold 814,000 copies in the US in 2014, the ninth best-selling album of the year. The album reached its millionth sales mark in the U.S. in August 2015, and has sold 1,016,000 as of October 2015. [2]

Retrieved from "https://harrystyles.fandom.com/wiki/Four?oldid=6022"
Community content is available under CC-BY-SA unless otherwise noted.