WELCOME!
Welcome to the Harry Styles Wiki!
Harry Edward Styles is an English singer and songwriter, known as a member of the boy band One Direction. Styles auditioned as a solo artist for the British television series The X Factor. After being eliminated as a solo performer, Styles was brought back into the competition, to form the group that would later become known as One Direction.

Please visit the Guide and Community pages before getting started on the wiki!

The Met Gala is an annual fundraising gala for the benefit of the Metropolitan Museum of Art's Costume Institute in New York City. Harry Styles is an honorary chair for the Met Gala for 2019, alongside Lady Gaga and Serena Williams.

Go to these sites for info or for help with your own wiki!

Want your community included? See how! 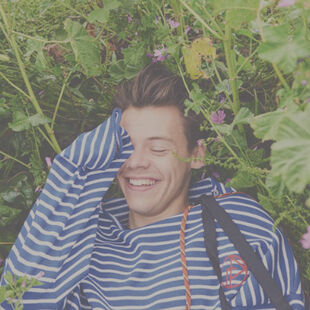 To create a new article, enter the title in this box:

Polls
Retrieved from "https://harrystyles.fandom.com/wiki/Harry_Styles_Wikia?oldid=5484"
Community content is available under CC-BY-SA unless otherwise noted.