Love on Tour is the second headlining tour by Harry Styles, launched in support of his second studio album, Fine Line. After being postponed twice due to the COVID-19 pandemic, the tour began on September 4, 2021 in Las Vegas, Nevada, consisting of 39 announced dates in total. It became one of the first full capacity indoor arena concerts to happen in the United States after the pandemic.

The tour was announced on November 13, 2019 on Styles' Twitter account with dates being released for North America and Europe. [1][2]

This set list is representative of the show on 4 September 2021 in Las Vegas. It is not intended to represent all concerts for the tour. 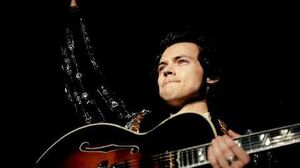