Midnight Memories is the third studio album by the British-Irish boy band One Direction, released on November 25, 2013 by Columbia Records, Syco Music and Sony Music. The album was described as having a "slightly rockier tone" than their previous efforts.

One Direction began working on their third studio album whilst embarking on their second international tour, the Take Me Home Tour. The album was announced simultaneously with the news of the band's third world tour, the Where We Are Tour, which subsequently led fans to wrongly assume that the album title would be named Where We Are. Member Louis Tomlinson proclaimed that the album would have a "rockier" sound to it than the band's previous releases. The official title of the album was announced on September 6, 2013, starting with Zayn Malik tweeting a teaser video of Harry Styles spelling out the word "Mid" out of a pile of alphabet cards on the floor, followed by a full video posted on the band's Instagram account later on, revealing the title, Midnight Memories. [1] 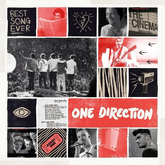 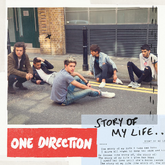 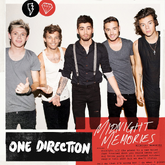 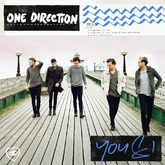 The album debuted at number one on the Irish Albums Chart and number two on the Dutch Albums Chart. On November 29, 2013, it was announced that it had become the fastest-selling album of 2013 in the UK, with 187,660 copies sold in four days. It was revealed on December 1, 2013, that the album had sold in excess of 237,000 copies in its first week in the UK, beating Gary Barlow's Since I Saw You Last, and becoming the fastest selling album in the UK since Michael Bublé's Christmas in December 2011, as well as outperforming One Direction's two previous albums Up All Night (2011) and Take Me Home (2012). It became the best-selling album of 2013 in the UK with 685,000 copies sold for the year. [2]

Retrieved from "https://harrystyles.fandom.com/wiki/Midnight_Memories_(album)?oldid=6021"
Community content is available under CC-BY-SA unless otherwise noted.