Take Me Home is the second studio album by British-Irish group One Direction, released on 9 November 2012 by Sony Music Entertainment.

In 2012, One Direction revealed that a follow-up release to their debut album, Up All Night (2011), was in development. "In the summer, we're going to get back and start a new record. We want to bring out a record nearly every year, every year and a half," Niall Horan said, revealing they were arranging "meetings and stuff with different writers and producers." In March 2012, McFly frontman Tom Fletcher confirmed that he would be writing a song for the album. In February 2012, One Direction expressed interest in working with Ed Sheeran, and in June 2012, Sheeran confirmed that they were in contact: "I'm going into the studio in August to produce the tracks for them. I won't feature on the tracks though". [1] 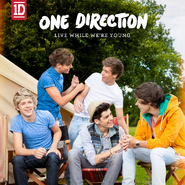 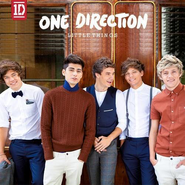 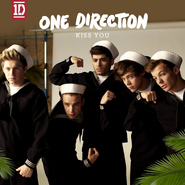 Globally, Take Me Home topped the charts in more than 35 countries, and was the fourth best-selling album of 2012, selling 4.4 million units. In the United Kingdom, the album sold over 94,000 copies in its first two days of sale. It debuted atop the UK Albums Chart with first-week sales of 155,000 copies, becoming their first album to top the chart and the second fastest selling album of 2012. The album and its second single, "Little Things", both debuted simultaneously at number one in the UK on 18 November 2012, making One Direction the youngest act in British chart history to achieve the feat. The album became the fifth best-selling album of 2012 in the UK, having sold 616,000 copies by the end of 2012. It was certified double platinum by the British Phonographic Industry (BPI) on 15 February 2013, denoting shipments of 600,000 copies. As of November 2014, the album has sold 960,255 copies in the UK. [2]

Retrieved from "https://harrystyles.fandom.com/wiki/Take_Me_Home?oldid=6020"
Community content is available under CC-BY-SA unless otherwise noted.